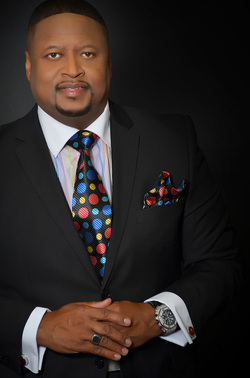 Reverend Dr. Gaston E. Smith is the Senior Pastor / Teacher of the Friendship Missionary Baptist Church of Miami, Florida, where they are "Moving Mightily To Fulfill The Master's Mission." He is the father of three beautiful children, Antoinette, Jasmine, and Gaston Everett II.

Pastor Smith is a proud native of Houston (Fifth Ward), Texas. He is the youngest of six children born to James and Dorothy Smith. He was educated in the North Forest Independent School District, where he graduated from M.B. Smiley Senior High School. He furthered his educational quest as a Political Science major at the University of Houston, and a student of Evangelism & Pastoral Studies at Houston Bible Institute & Moody Bible Institute of Chicago. He has been awarded a Fellowship to Oxford University in London, England for the summers of 2006, 2007 & 2008 to further his biblical studies. An honorary Doctorate of Divinity degree was bestowed upon him in 2008 by Smith Chapel Bible University.

He accepted Christ and was baptized at the age of six by the Reverend James Kennedy, at the Pleasant Hill Baptist Church of Houston, Texas. He started his Christian Journey as an Usher, and later served in many lay positions of leadership. In 1990, Rev. Smith accepted his calling to the Gospel Ministry. He proclaimed his first message on December 2, 1990, at his home church, Pleasant Hill of Houston. The title was "A Demonic Man with a Divine God." Reverend Smith was
then licensed and later ordained by his Pastor and Father in the Ministry, the Reverend Harvey Clemons, Jr.

He also serves as Director of Economic Development for Caretakers For Christ, Inc. and as former Vice President for the Miami Chapter of the National Collective Banking Group, Inc. Pastor Smith has served as President of Friends of MLK, an Advocacy Group designed to enhance, revitalize, and empower the community by addressing its urban ills. He is a member of the Executive Board of Faith Partnerships, Inc., an organization with an International Research and Philanthropic Focus. Rev. Smith is also the Director of Planning and Development of the Florida General Baptist
Convention, Inc.

Reverend Smith also has over 20 years experience as an Executive Professional in the hospitality industry. He has served faithfully in Ministry and Corporate America for over two decades. He has served as Chairman of the Board for The Frazier Berean Community Development Corporation of Dallas, Vice President of Inner-City Solutions, Inc. of Dallas, and is currently President/CEO of Progressive Vision Community Development Corporation and the Friendship Community
Redevelopment Corporation. Pastor Smith was also appointed to serve on the City of Miami Equal Opportunity Advisory Board. Reverend Smith has served as Chairperson of Chaplains for the City of Miami Police Department. He is also the 4th Vice President for the Miami-Dade Chapter of the NAACP.

Pastor Smith has been honored with Commendations, Proclamations & Certificates of Appreciation from various civic organizations, such as: Congress of the United States, State of Florida, City of Miami, Miami-Dade County, Congressional Black Caucus and Bethune Cookman College. Pastor Smith has appeared on national and international television broadcasts, such as CNN Headline News and MSNBC and has appeared in national publications, such as the New York Times, the Miami Herald and the Washington Post. Pastor Smith has had a weekly television and radio broadcast that reached Miami-Dade, Broward, Palm Beach and Monroe Counties in Florida, as well as the Bahamas Islands. Pastor Smith has preached in the National Baptist Convention, USA, Inc. on numerous occasions and was featured in Philadelphia in 2007 and in Houston in 20I0 . Pastor Smith's motto for life is taken from the song "My Tribute",
To God Be The Glory, For The Things He Has Done!